Conversation china is a multidisciplinary art and research project conducted by Michael Johansson and Gertrud Alfredsson in the project The city of Abadyl. In Abadyl we try to explore a complex digital space in a setting that invites to participation. Abadyl provides a detailed and complex, yet open setting that can be utilized in order to generate scenarios for the temporary co-creators of Abadyl, who would then interact in an optional environment, in the end producing new artefacts.

In this scenario, conversation China the artefacts is about getting to know new people at a dinner party. The idea is to produce a complete 150-piece Porcelain Dinner Set that invites to conversation among the attendees around the table.

To do this we will use Joseph Campbell book The Hero with a Thousand Faces as the main source of inspiration but also use the specific constraints that The city of Abadyl consists of.

The intention is not to establish of a so called great narrative, inspiration has been retrieved from the art of novel writing and its practice in constructing worlds. In “Postscript to the Name of the Rose”, Umberto Eco writes on the generative logic he has adopted, a logic both limiting and expanding creativity. The fundamental parameters guide what can and what cannot be included in a fictional but historically plausible universe. In The City of Abadyl we have chosen to focus more on the generative itself in this logic; that is to say, it is not about parameters resulting in a watertight consistent universe, but the main interest is in what can be generated from a large number of predetermined parameters.

16. The locations constituting the starting point are sixteen in number, and were initially held apart. But as the reference bulk was collected and travels increased, the idea emerged of uniting these enclaves into a connected city. As joining infrastructure a series of sixteen Formula One- tracks was chosen, piled on top of each other to a joint figure. Hence aiming to expose architecture and cityscape to extreme strain (= life, unpredictability).

7. To subsequently fill the city with objects and create a disposition, a system was installed, a scale classification by the following:

100. In the various quarters of the city 100 objects would be found, each devised in a way that constituted an elegant description and was manifesting the aspects of their very own district. In this way we happened to examine our original objects once again, when we were depicting them in every detail. To be very thorough in investigating its form, visualises other layers in the object and creates conditions for both deconstruction and new narratives. To force out its meaning by depicting/modelling – to sort of philosophize from the street up.

The role of scenarios in design has been that of writing narrative descriptions of use. Other cultural domains have generated more speculative methods for collaboration. Originating from the idea of autonomous writing the surrealists borrowed methods from academic disciplines such as sociology, anthropology and psychology to elaborate methods in the form of games for exploring the mechanism of imagination and intensifying collaborative experience. They subverted academic modes of inquiry to undermine rationality and invented playful procedures to release collaborative creativity (Gooding, 1991). The role of procedures and systematic strategies, while still being playful makes a creative constraint. Research on creativity points to processes, which not stems from a vacuum in the individual mind, but that they are a result of serious and known strategies. This applies to many aspects of artistic work. Changing a constraint might be at the core of creative thinking (Boden, 1997). Other researchers stress the process of association, how one item by acts of creative association creates a new item (Brown, 1989). The scenarios acted very much as constraints, but also as a first generator in a chain of associative artistic work producing the artefacts. In conversation China we will look at how constraints is used to challenged creativity and predefined artistic intentions and if it is possible to do this as a iterative creative and production based process. 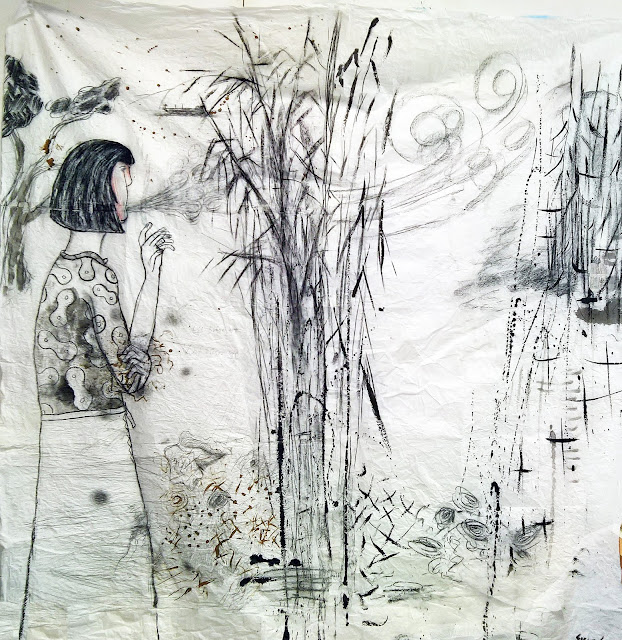 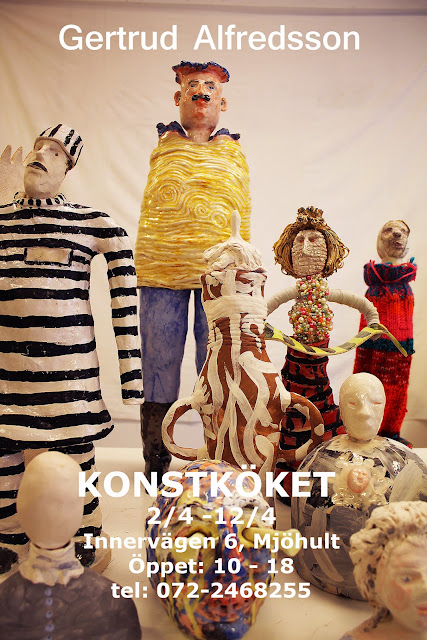